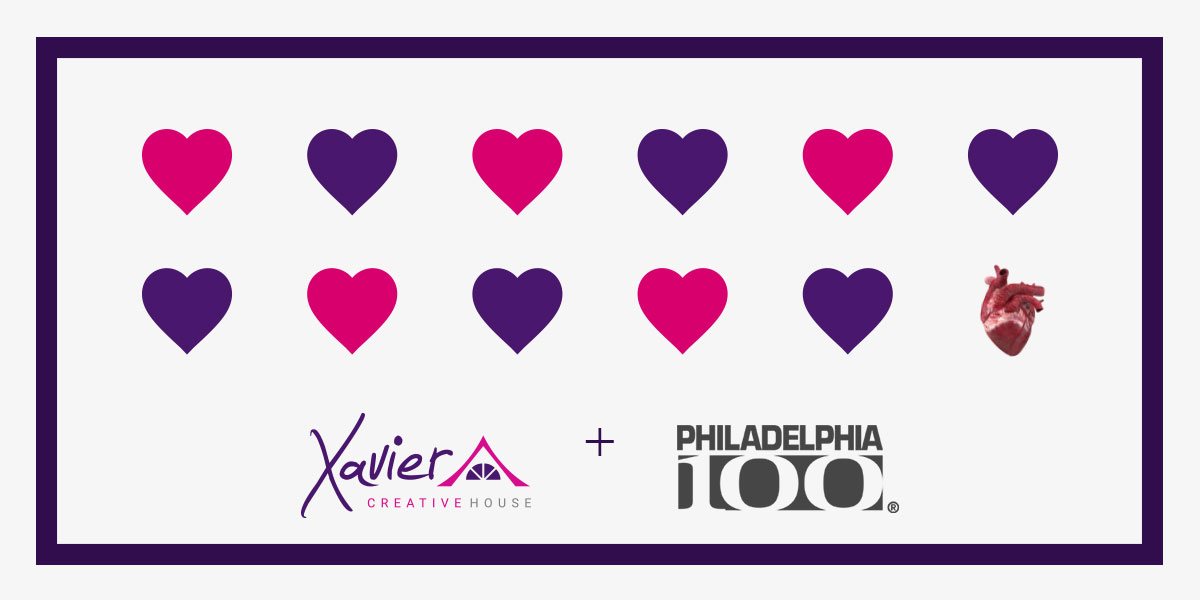 Philadelphia Inquirer today revealed that XAVIER CREATIVE HOUSE is No. 2 on its annual ranking of the fastest-growing privately-held entrepreneurial companies — the Philly100 — based on revenue growth.

The annual Philly100 gala honoring the companies on the list was held October 24, 2019 at the Crystal Tea Room in Philadelphia, Pennsylvania. The official rankings were revealed in succession and the top ten winners were invited to the stage to address the audience.

More about the Philadelphia Inquirer & the Philly100

The Philadelphia100® been the hallmark of entrepreneurial achievement in the region since 1988.  Cofounded by the Entrepreneurs’ Forum of Greater Philadelphia to celebrate the success of both its CEO members and local CEOs, the Philadelphia100® awards identifies and honors the 100 fastest growing privately-held entrepreneurial companies in the Greater Philadelphia Region.  Eligible companies must be independent, privately-held corporations with a full three year sales history with a sales increase from 2016 – 2018. Sales in 2016 must be for a full 12 months. Applicants are evaluated and audited by Wipfli CPAs and Consultants. In partnership with The Philadelphia Inquirer, the top 100 winners are celebrated at an awards program attended by over 700 business leaders with a first-time reveal of their rank and acknowledged in a special print section of the Philadelphia Inquirer.

For more information on Philly100 https://www.inquirer.com/events/philly100/

Founded in 2013, Xavier Creative House (XCH) is an award-winning healthcare creative agency specializing in pharmaceutical, biotech, and medical device. XCH’s global team of brand builders and healthcare marketers, tech-savvy go-getters, and innovative dream-vetters are passionate about the big idea that changes behavior in the healthcare marketplace. They believe life is about connections and that healthcare is about life. That is why XCH delivers bold and evocative creative solutions, amplified by meaningful technology, to energize brands and authentically connect with patients and HCPs.